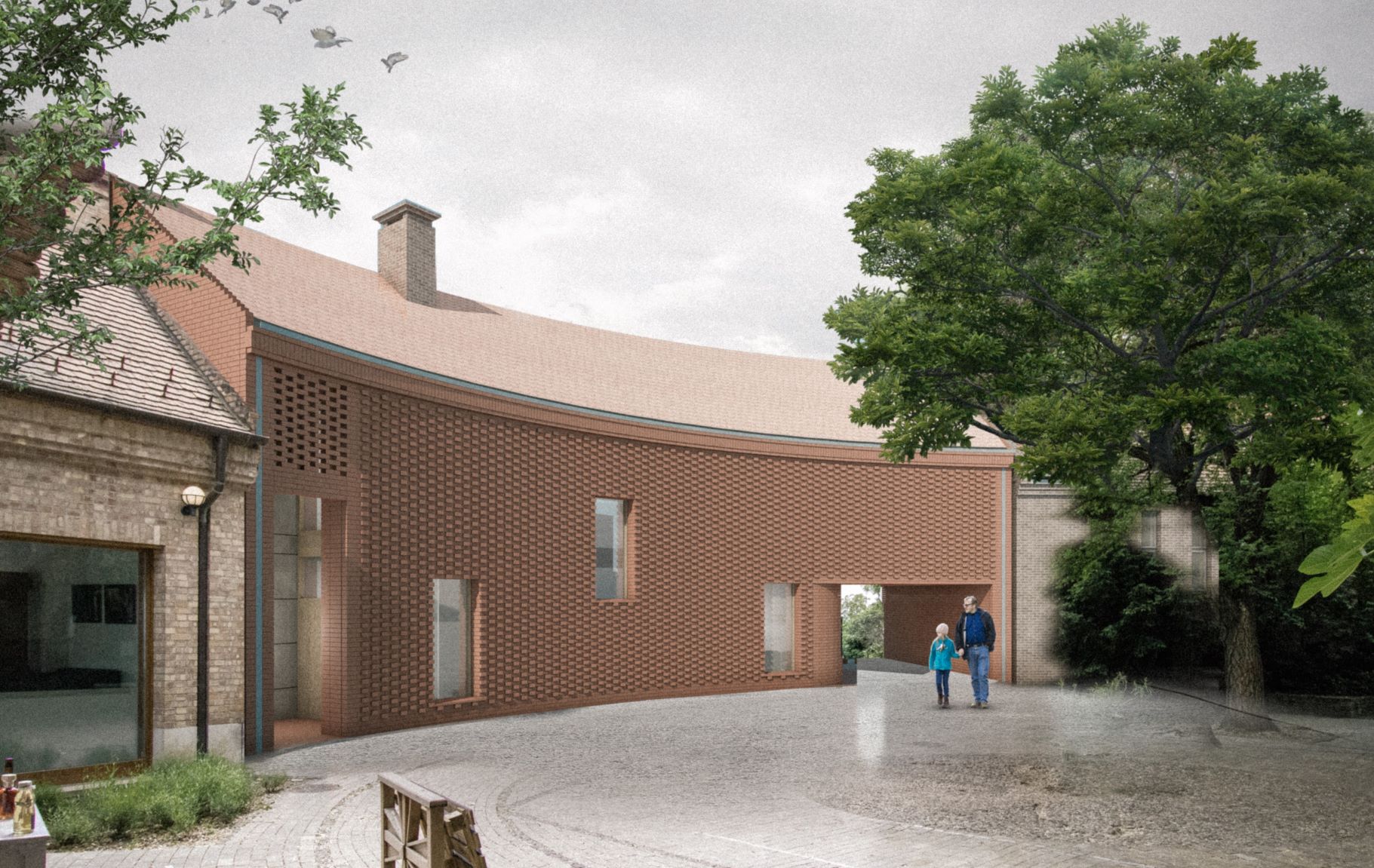 The renewal and extension of the Szent Kristóf Guesthouse operated by the Abbey of Tihany was a challenging task. We've had to design a building on a World Heritage Territory which blends in between the existing buildings. Due to numerous building and topogrpahic challenges we've proposed a curved building which connects the ends of the two neighbouring existing houses. The new wing contains seven guestroom is clad from outside with brick texture in various textures and configurations. Besides designing the new extension it was also our task to create renovation plans for the existing building of the guest house. 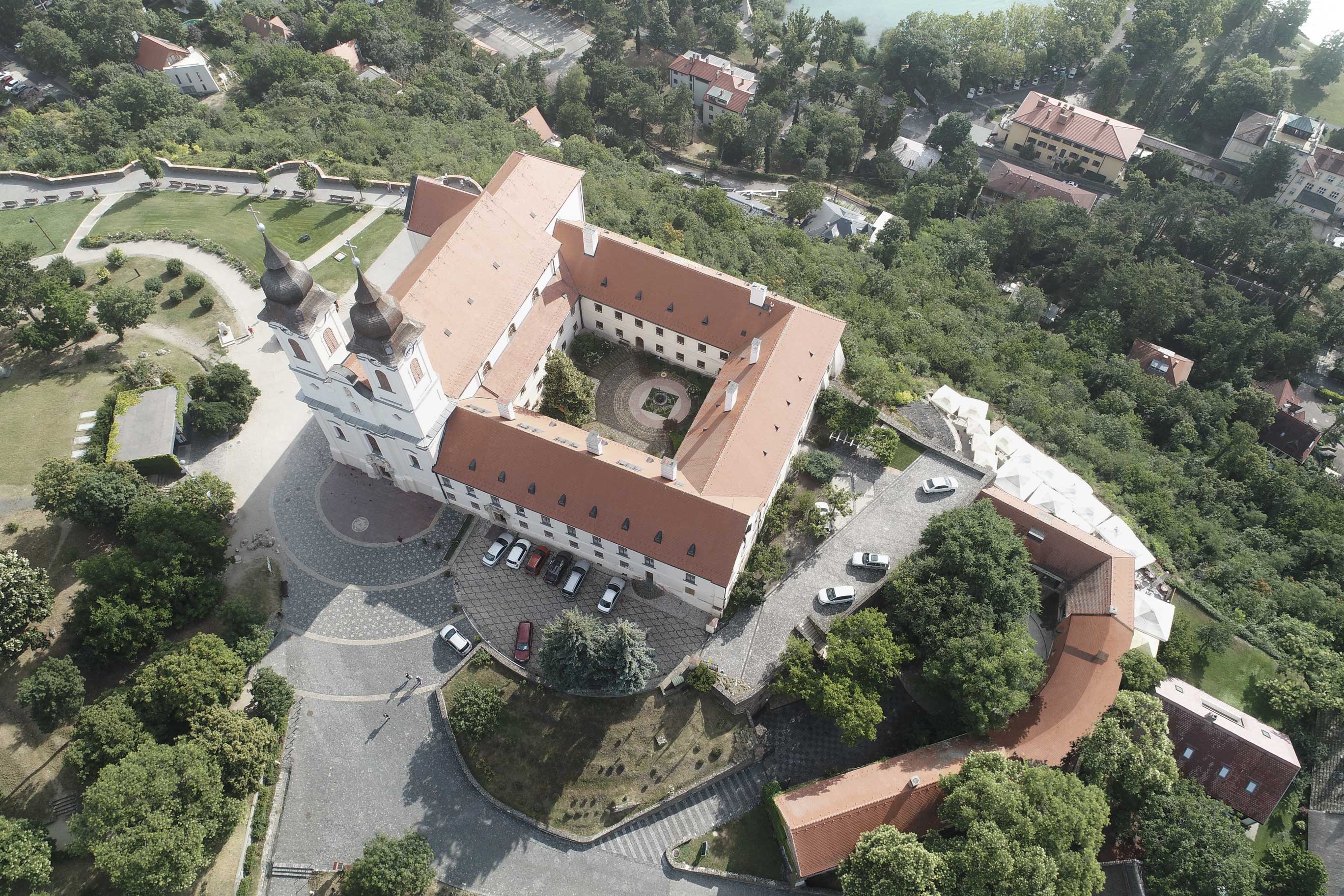 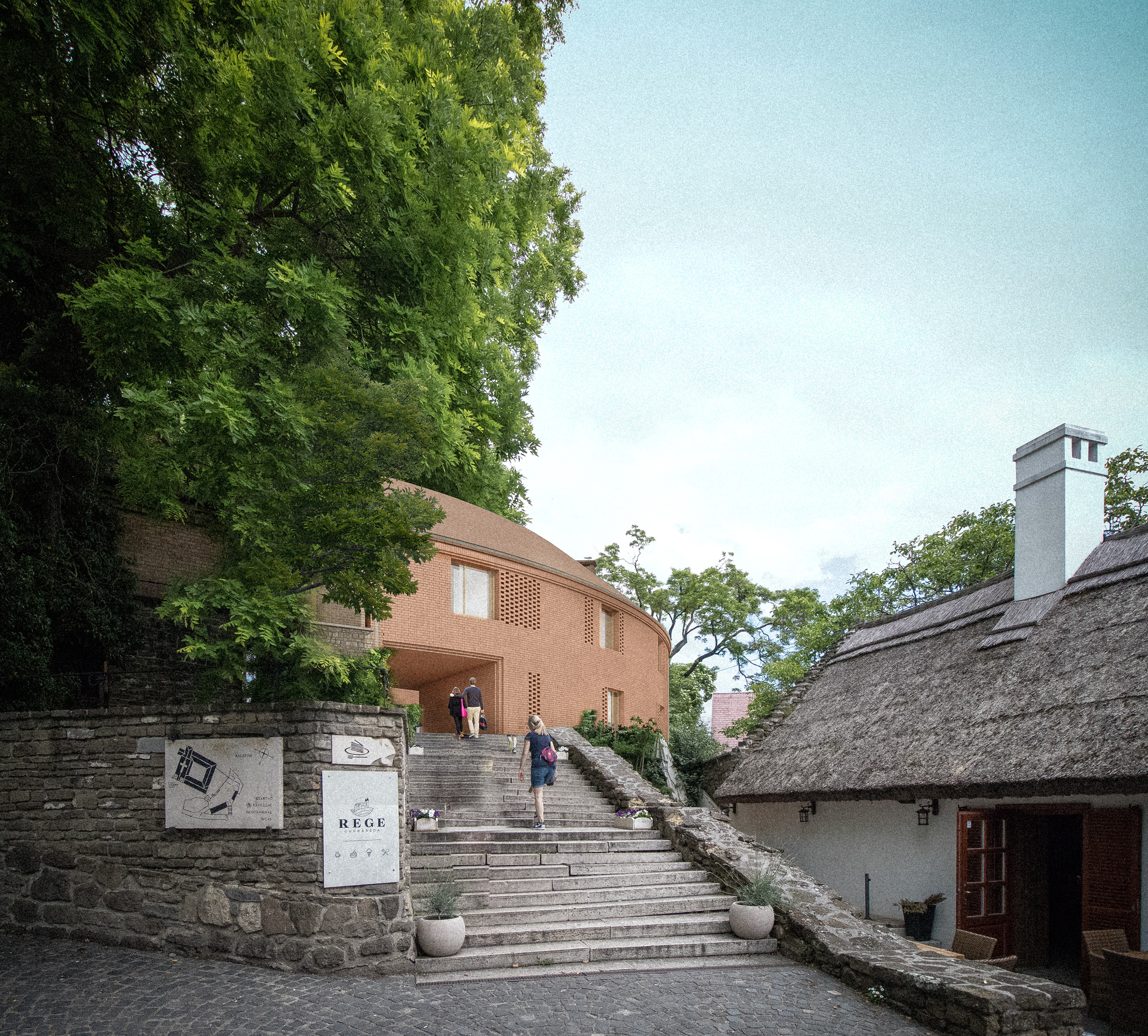 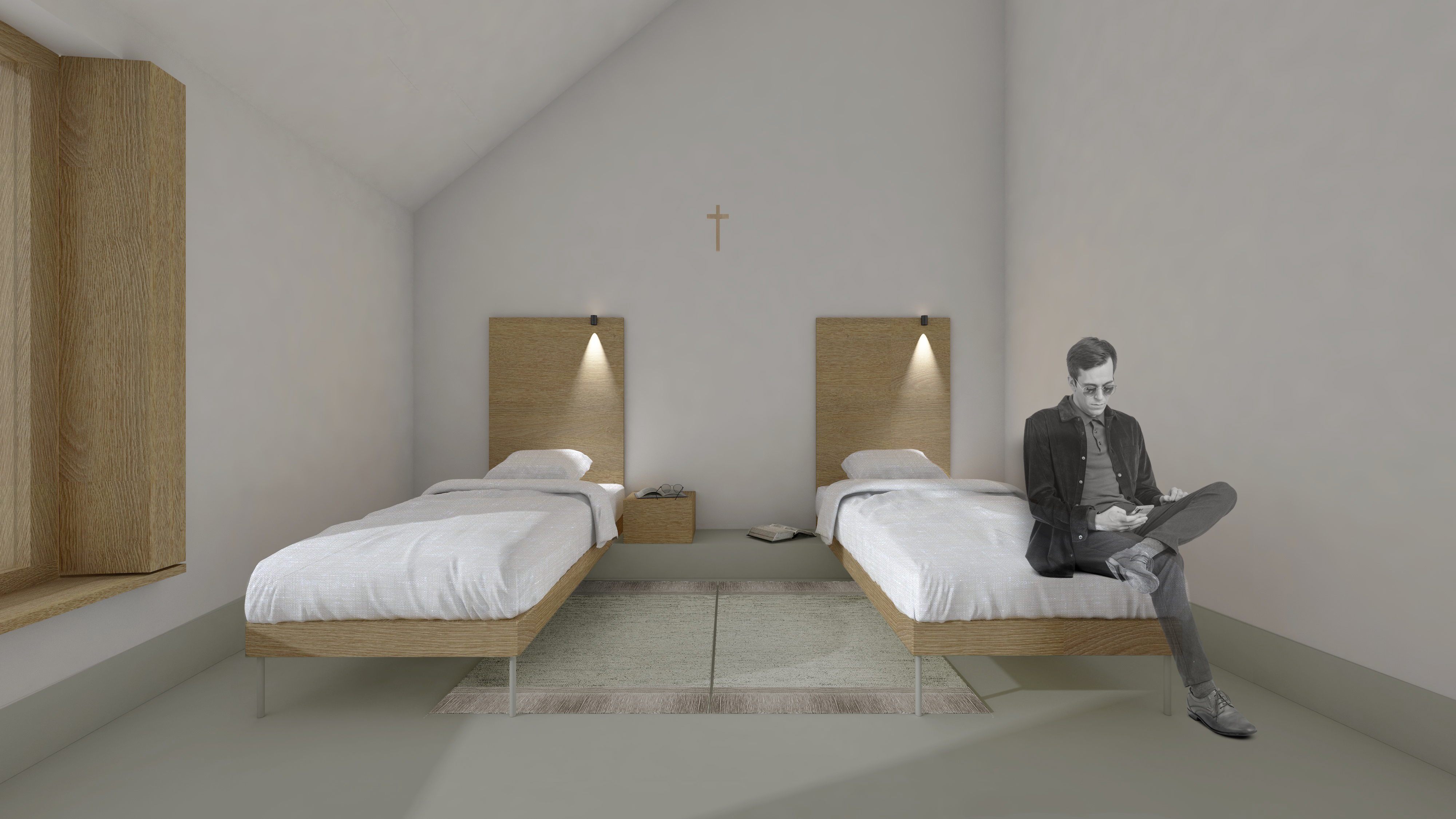 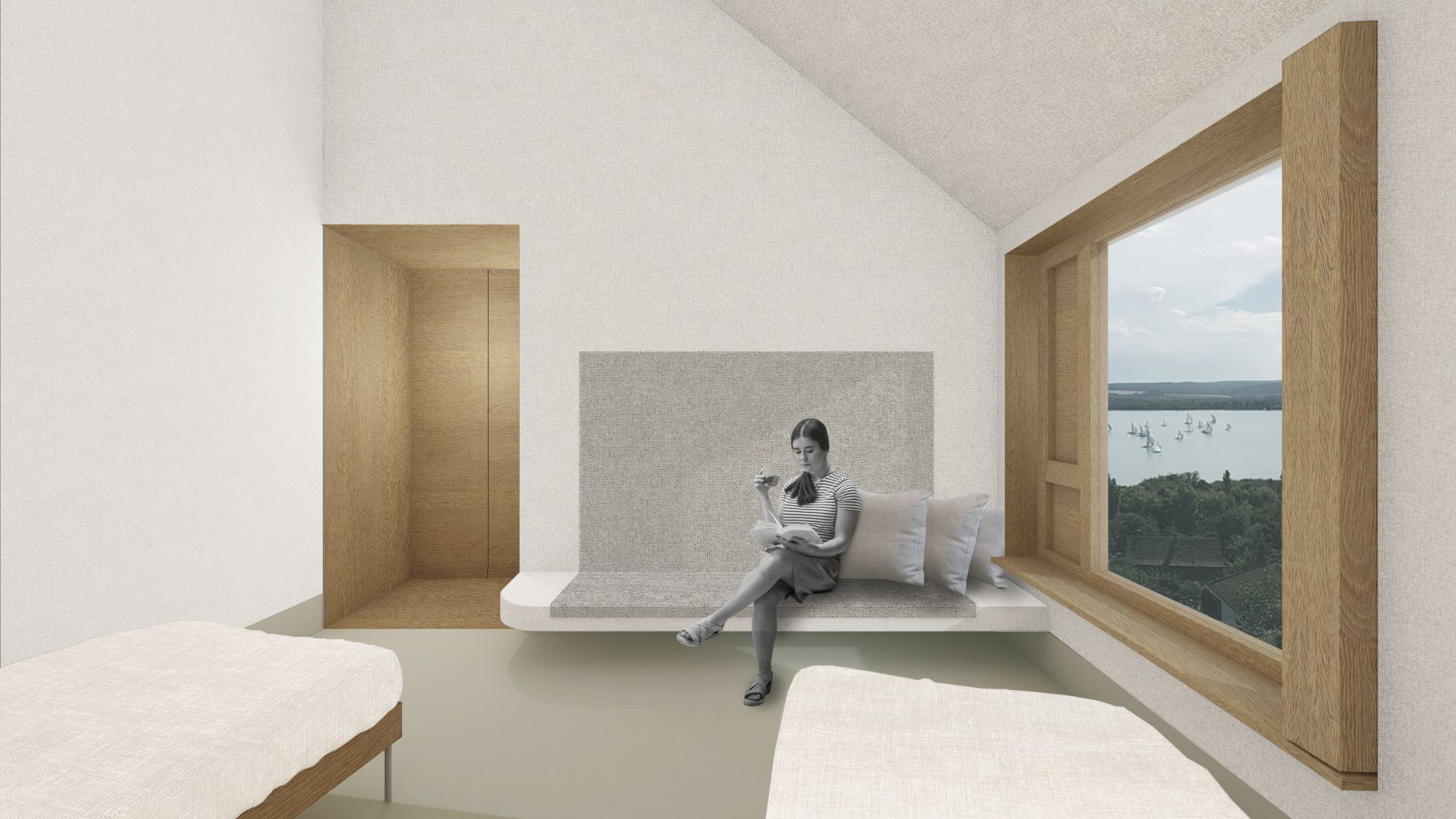 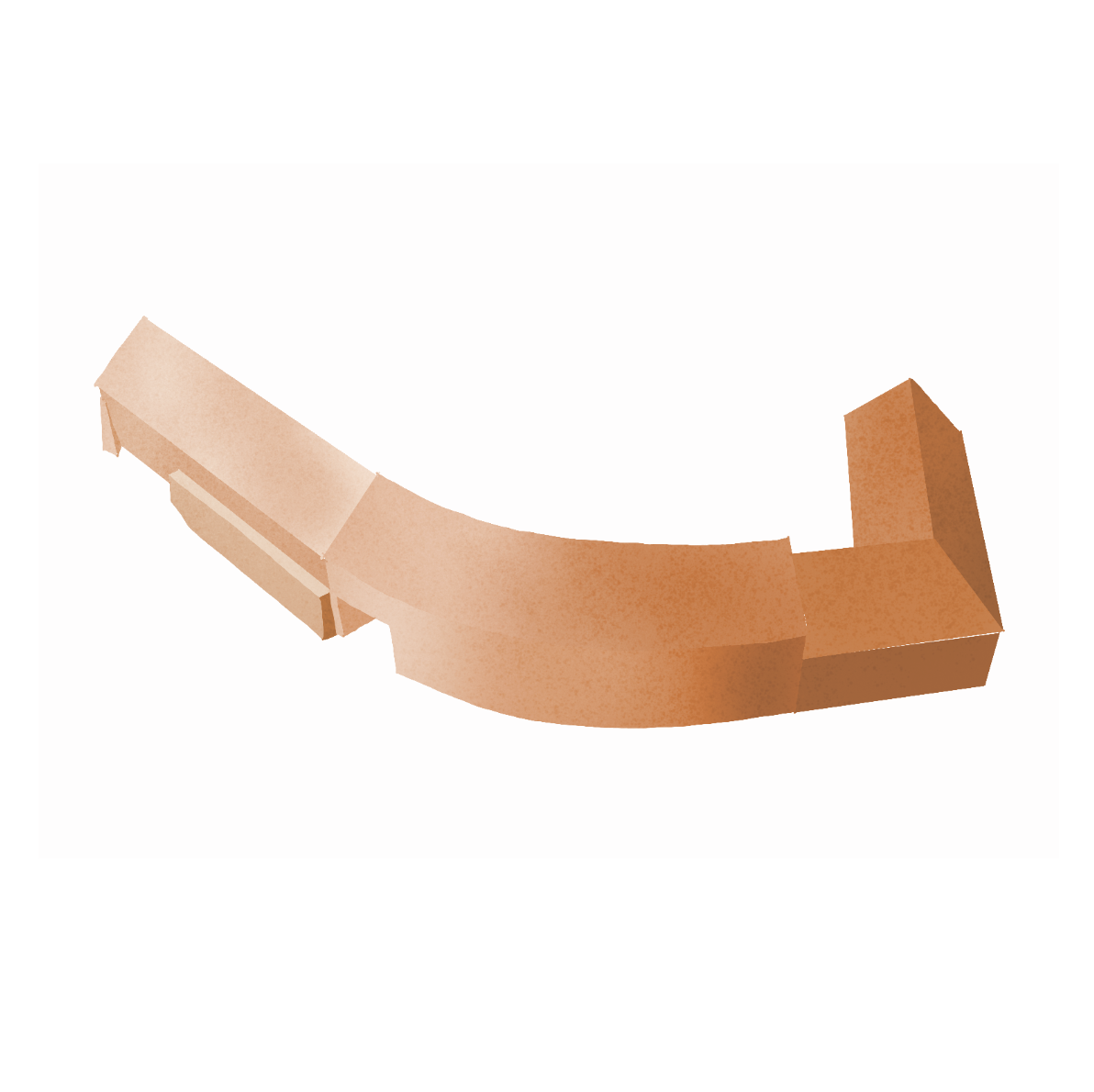 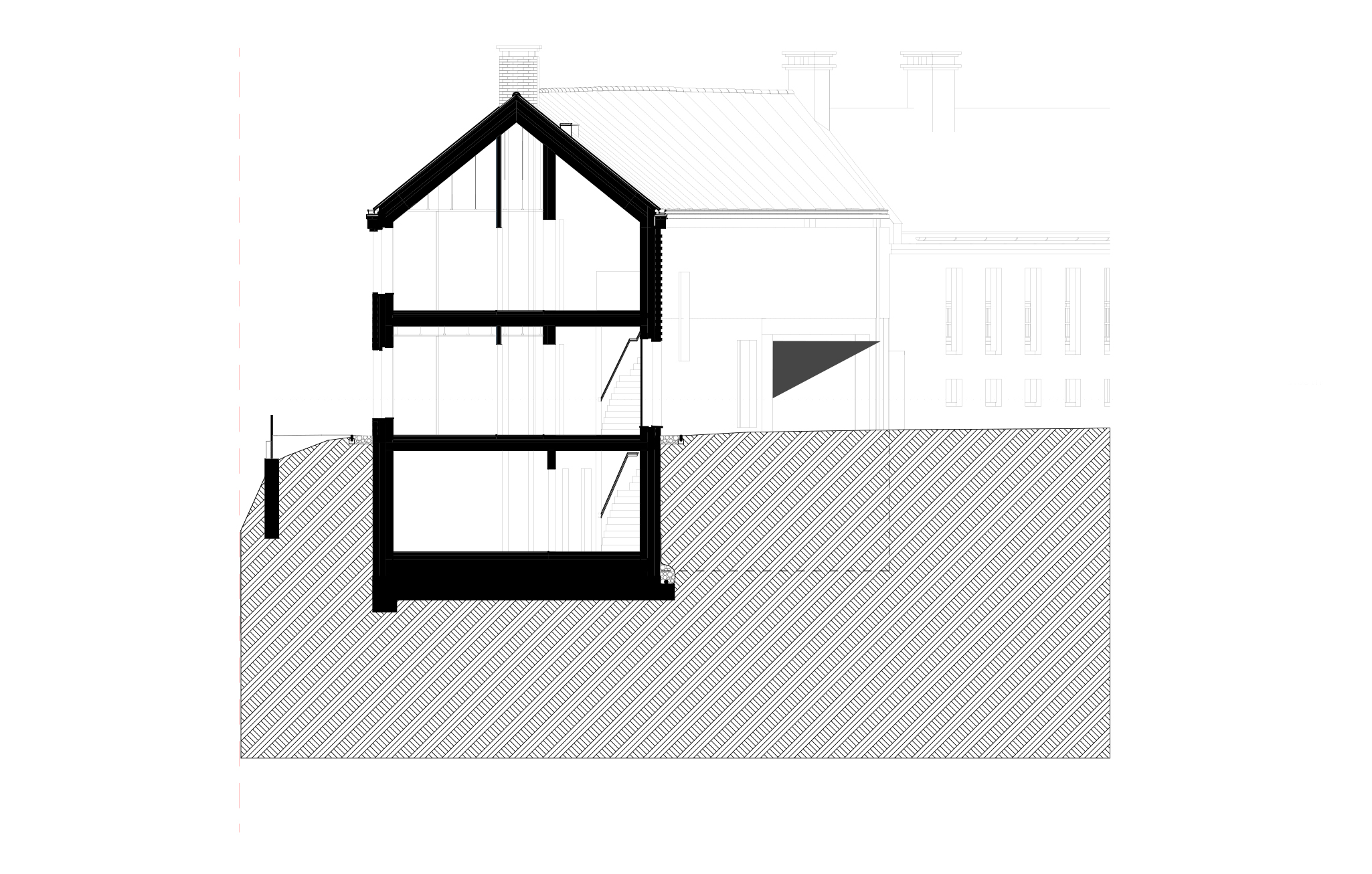 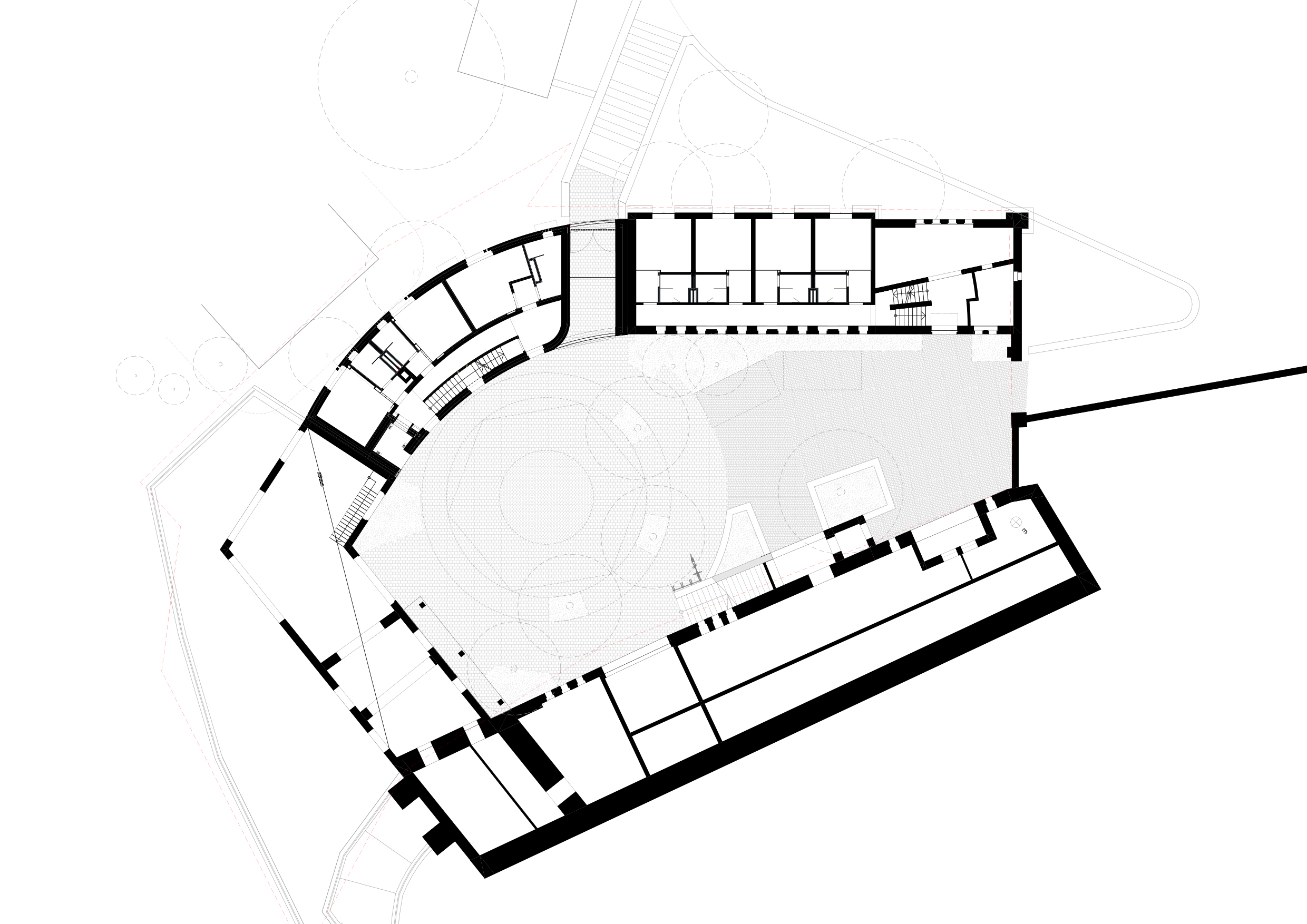 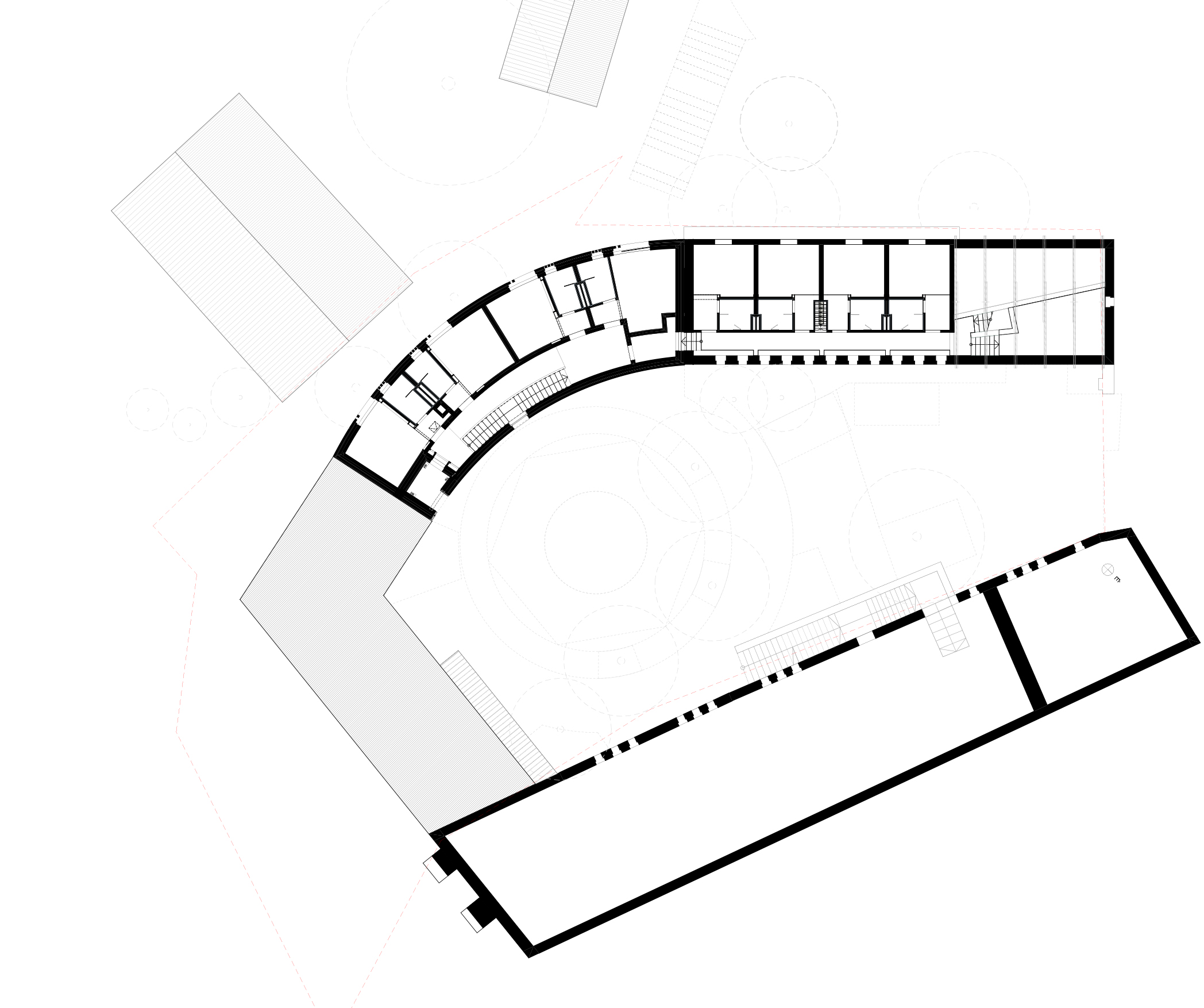